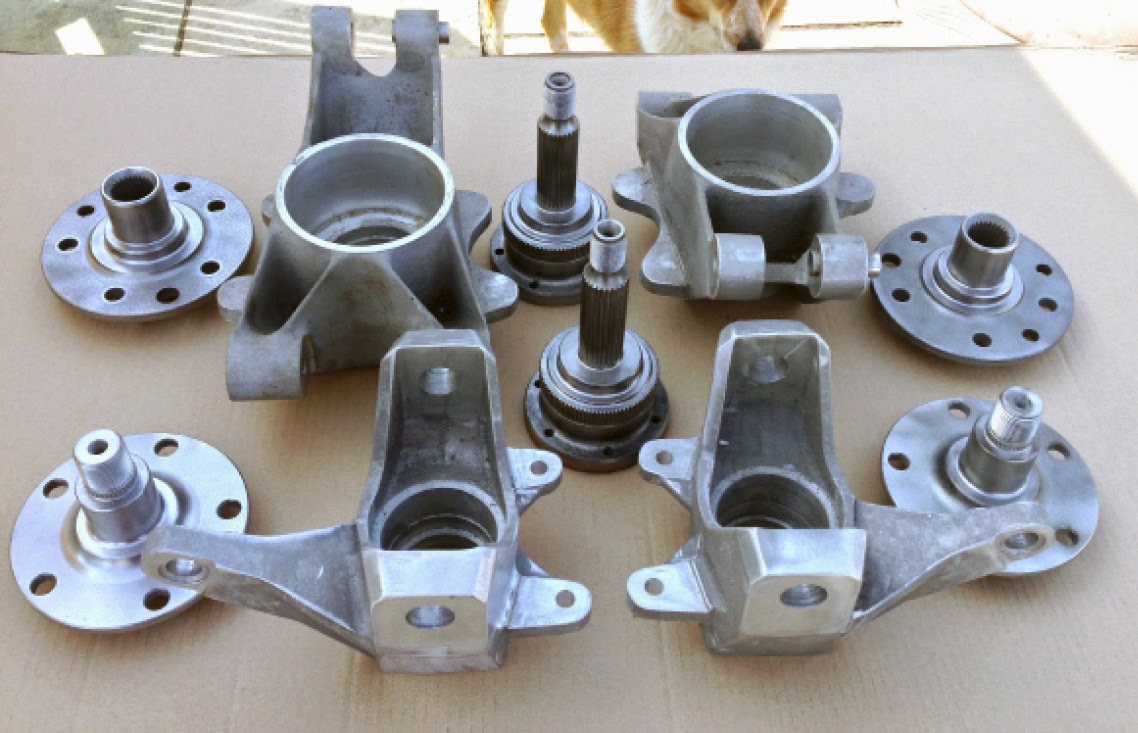 First step - press out the old wheel studs (they're 10mm too short for alloys anyway) and give the hubs a good grit blast to remove any surface rust or the crappy original cad plating..
I chose to paint the hubs gloss black with POR15 'Chassis Coat Black' but first they got a bath in POR15 'Metal Prep' which gives bare metal a coat of Zinc Phosphate for the best possible rust prevention.
The bores, splines, bearing and seal surfaces were masked and the rest given a coat of the black gloss.
And so - to the uprights. On all the cars we built over the years I don't believe we ever polished the uprights - although several of our customers did. Well, this is supposed to be a special build with no limits - so polished uprights it is.
I started by dressing the castings with a 60 grit flap disc on my Makita 18 volt battery angle grinder - removing the sand texture and radiusing all the sharp edges.
The flap disc was then replaced by Scotchbrite discs on a velcro backing pad.
Then the dirtiest job of all. Fully suited, goggled and masked it's on to the polishing wheel.
Here's the assembled upright fitted with new seals and bearings and longer studs.
One down, three to go.