There are a few more jobs that I can do on the nose section before it goes back in the barn for a while. Ferrari's 350 CanAm had a little NACA Duct in the nose. It's a nice touch that we featured on a few cars. The easiest way to make  a NACA duct is to cut out the shape in your panel and bond one of our moulded ABS NACA ducts from below - for example Part No: #NACA1B, on the inside of the panel.

We didn't have those ABS ducts back in the day so here's how I did it.

TOP LEFT PIC. I used one of our #NACA1B to make a paper template the size of the duct, folding it in half and trimming it to ensure it was symmetrical. I carefully measured its position and angle then taped it in place on the nose. A quick blow of grey primer leaves a perfect cutting line when the template is removed.

TOP RIGHT. A 10mm, narrow saw blade in my Multi-Tool followed the cutting line accurately leaving just a 1mm wide cut. I cut the top and both sides, leaving the short, bottom edge uncut. Then, on the inside of the panel, I ground away the area around the bottom, uncut edge until it was just the thickness of the Gel-coat and one or two layers of GRP mat left. If it's thin enough the GRP will bend in a gentle curve.

BOTTOM LEFT. Keep checking the flexibility of the cut piece as you grind away material until you can easily insert a spacer in the open end. In this instance I used an offcut of 22mm aluminium tube but you can coose your spacer thickness to make the opening as big or small as you like.

BOTTOM RIGHT. On the inside, I carefully laid-up a few layers of chopped strand mat to form the sides of the duct. The lighter coloured strips are Coremat which was part of the original lay-up of the panel to increase rigidity of the large nose area. You can see where I have ground it away  in places to reduce the thickness of the GRP.

I've filled and dressed the sides, increased the thickness of the visible opening edge and radiused all the edges to about 1 or 2mm. The scratches look worse than they are and will easily disappear under a little filler-primer. That'll do for now.

To Badge or not to Badge - that is the question. Back when N F Auto Development and a few other manufacturers were producing Ferrari replicas by the bucket-load there was always a lively debate to be had about the legality and moral legitimacy of putting a 'Ferrari' badge on a replica. To be fair, the same dilemma applied to owners of Cobras, GT40s, Countaches and many other marques - some of which were almost indistinguishable from the originals.

But the P4 was a little different. Ferrari only ever made four originals. None were ever on sale to the public, none were road cars and each one is worth many millions of pounds. So no one, with even minimal knowledge of the marque, would be fooled into thinking they were looking at a real P4 just because it had a 'Ferrari' badge on it.

Us (N F Auto Development) and a couple of other manufacturers were even subject to an 'Intellectual Property' scam by a company purporting to be acting on behalf of Ferrari and asking each of us for £2000 in return for not being pursued for  copyright infringement. Their 'claim' against us was for displaying a prancing horse on our demonstrator. Our 'badge' was a similar prancing horse facing the other way on a red background and was, in fact the 'Kent Invicta' logo of our home county. The company disappeared into the ether wnen we asked them for a letter of authorisation from Ferrari but as I recall, the other 'scamees' paid up.

Morally, of course I can understand the issue with 'passing-off' a replica as a real Ferrari - and historically, that has happened with 250 GTOs but it would never happen in our world. If an owner chooses to display a Ferrari badge on his or her replica that's fine with me - fill yer boots - I can see the attraction. The long flowing nose section on the P4 screams out for a badge so who am I to argue?

So, here are a couple of suitable badges for the nose of our P4 replica. One is a secondhand original  - about £130 from ebay and the other is a new, £20  'knock-off' - again from ebay. Any guesses?

The one on the left is the copy and the one on the right is the original. No prizes for guessing which one I'll use.

First step is to stick some masking tape around the target area. Then measure, measure, measure. If it's not in the right place it'll bug you for ever more. I took dimensions from the headlamp reveals to find a centre line. I scaled an online picture of a P4 nose to calculate the badge position between the nose vent and the radiator outled vent and I squared the front to back centre line from every datum around. The pencil line is the actual size of the badge. I estimated the radius of the badge corners at 3mm and drilled a 6mm hole in each corner of the rectangle, then cut the straight sides with a thin blade in my multitool. Much careful filing and trial and error later I had a hole with a radiused edge, 0.5mm bigger all round than the badge.

TOP RIGHT. I cut a rectangle of scrap GRP a couple of milimetres thick, drilled the two holes for the badge mounting studs, mounted the badge on it with two M4 nuts and bonded it on the inside of the nose with a bead of fibrefill all around the edge.

BOTTOM LEFT. With the fibrefill cured I removed the badge and made some aluminium packing pieces tofit behind the badge to bring it level with the top of the nose. More careful filling, filing and dressing gave me a neat, pleasing recess for the badge.

BOTTOM RIGHT. ... and here it is in grey filler primer. Can't wait for it to be red.

It's probably worth taking a quick look back at our very first car, completed in 1991, at this stage. Here you can see the original, raised roof line around the mid bulkhead, the narrow roof and the full height doors - all compromises in the name of comfort and easy access for taller drivers but now corrected as you have read in previous posts. Headlamp covers, nose vents, badge and nose winglets too have recently been revisited in this blog.

I discovered these old moulds, buried in a corner of our old paint shop.  The two on the left are for making the wing mirror shrouds that you can see in the picture above. Top right is the mould for the shroud over the wiper arms at the base of the screen. Bottom right is a mould for an authentic-shaped, dash-top instrument cover that we made for one particular customer. They look a little tatty but with some work they'll all deliver at least one more pull.

A quick blow over with PVA mould release. I found a litre of black Gel Coat on the shelf. It looked OK so...

... all the moulds got a healthy layer of it.

Then laid-up with three layers of chopped strand mat. None of these parts are load-bearing so that should be fine.

A detail we picked up on as we were coming to the end of producing the cars was the sharpness of some of the body creases. The left picture is of the front wing of an original, aluminium 412P. It's quite clean and defined. The crease is there on our nose panel (right) but it's not as sharp. It feathers-off at the front a few centimetres from the headlamp reveal and again where the wing meets the scuttle. The crease starts again after the doors along the rear wings of the tail section. It's a small detail that probably no one would notice but I reckon it's worth doing on this car.

The nearside existing 'crease' is slightly better defined than the offside one. First job - rub doen the crease area with 400 grit abrasive to provide a key for the filler.

The first application of filler - 25mm each side of the crease to a maximum depth of about 3 or 4mm on the crease line.

Patient and careful rubbing down with my long, slightly flexible MDF sanding 'Planks' eventually found the natural height and position of the crease. Frequent 'Eyeing' along the crease ensures it's straightness and my favourite trick of closing my eyes and feeling along the ridge with the palm of my hand highlights evenn the smallest imperfections in the shape.

The original, aluminium P4s all had inner wing and reinforcing panels that were riveted to the inside of the main panels. There are a few high-res pictures online that clearly show the rivet lines. Careful measuring and scaling-up from the pictures helps when marking out the hole positions on masking tape but I always check it over by eye before making any cuts or drilling any holes. 'If it looks right, then it probably is right' has worked well for me over the years.

We did this on a few of our customers cars using cut off and un-stalked 4mm aluminium dome-head pop rivets glued into 4mm holes - about 500 of them per car. The job of glueing the rivets in the holes is done after all body prep and primer work - before the final colour coat. 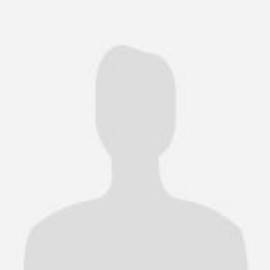 Guest
11/02/2021 16:27
YOUR CAR AND YOUR APPROACH TO IT IS SO SPOT ON!! YOUR CREATIVE SOLUTIONS TO THE CHALLENGES REALLY DEMONSTRATE
YOUR AMAZING KNOWLEDGE. CAN'T WAIT TO SEE THE FINISHED P4!!   JVO